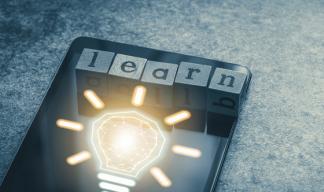 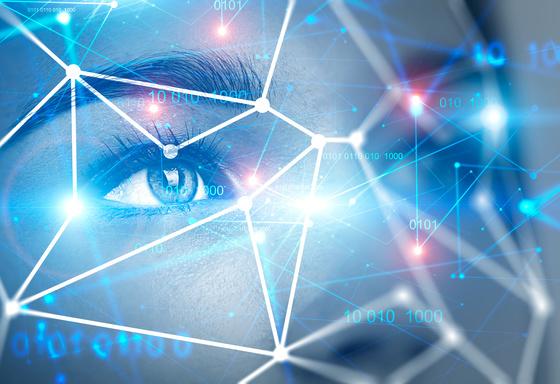 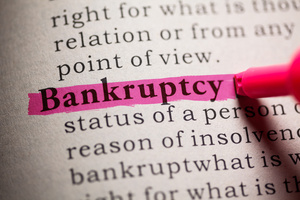 Greensill Capital is a financial services company based in the United Kingdom which filed for bankruptcy protection on March 8, 2021. They had focused on providing financing to companies using supply chain financing and other related receivables finance services. We have all seen companies rise and fall before, and all of us have been following Greensill’s rise with awe in particular, but also with a certain amount of scepticism. We are of course as an industry body concerned about the effects of the fallout from the Greensill crisis. It seems that it stems from a confluence of factors including questionable underwriting practices (by Greensill, their primary financier and their credit insurer); the cancellation of their credit insurance policy; the exit of their largest funder and financial intermediary; and the question of related party financing, including the unusual mechanism of securing funding from one of their investors and turning around to finance the investor’s own subsidiary companies.

Unfortunately, the crisis once again brings attention to some of the previous questions raised by the media, rating agencies, and other institutions about Supply Chain Finance (SCF). I had written an article in the FCI In-Sight newsletter in the November 2020 issue about the challenges our industry is facing regarding reverse factoring/payables finance. Also, back in May 2020, during the height of the COVID crisis, I had made some predictions about the industry, including reverse factoring and in general the impact the COVID-19 inspired recession would have on our industry (you can click on both links below to be directed to these two articles, as they are a good reference point for this article):

You can refer to various newspapers such as the Financial Times, NY Times, and WSJ and many other sources for the latest updated news on this company. I do not want to focus on what has already been widely reported. Instead, I want to highlight some of the other issues that have not been widely discussed, that require our attention as well:

•  Issue of Liquidity: As you know, our industry has been overall successful combating the idea that players in the SCF space could be tied to risks relating to shadow banking, whether it be payables finance or traditional factoring, based on the premise that the industry is financing SMEs/the real economy and the close operational controls and monitoring of invoices, payments, and client/debtor behavior. Factors and those practicing receivables finance in general are predominantly subsidiaries of commercial banks or Non Bank Financial Institutions (NBFI). These institutions are normally not deposit taking (unless the activity is directly under a banking licensed entity). Unless these NBFIs are funded by commercial banks, these NBFI’s are reliant on the secondary or capital markets for liquidity. The mis matching of funds during the financial crisis in 2008-2009 is what put a number of institutions in trouble in the first place, when liquidity dried up. Of course, we do not know yet all the details behind this particular story, but in general this has not been an issue in in the receivables finance industry, as we primarily focus only on the financial of short term receivables, . In the case of Greensill, we seem to see a different matter altogether.

•   Elimination of credit insurance: as most readers know, the primary catalyst of the crisis stemmed from the cancellation of their credit insurance program. In fact, there are reports in the press that indicate some form of malfeasance by an individual employee of the insurer. In addition, the company may have misrepresented the nature of risk in some of its portfolio, which would, if true, automatically and rightly invalidate the cover and also motivate the insurer to not renew coverage. Some label it as a “flaw” in the model and could now lead to a discussion as to whether credit insurance can be considered as an adequate “guarantee” of payment under such programs. You may recall that this issue was significantly debated at the Prudential Risk Authority (PRA) in the UK two years ago (they are a very influential regulatory body with oversight of the credit insurance sector in the UK, one of the largest underwriting jurisdictions in the world), to which the industry had seemed to convince the authority that credit insurance is a reliable form of credit risk mitigation, however I’m afraid this situation could lead to further questions and raise this issue once again.

•   Issue of KYC: Some of our members reported that they would not participate in such synthetic receivables models. Their reasoning was in part based on the lack of proper KYC on-boarding practices, especially the on-boarding of the foreign suppliers (what one referred to as “KYC light”). In fact, if you look at Greensill’s website, it states that just in their short history, they had on-boarded over 10 Million suppliers globally. I understand that their “model” allowed them to pass the requirement to their Corporate clients (the anchor buyers). But as you know, many of these programs that they ran were funded through a rather complex legal “synthetic” financial structure supported by a Swiss bank and backed by a single credit insurer with lesser-known third-party providers. And a number of the investors in the paper were commercial banks, who as we all know require diligent KYC/AML processing procedures. So, this issue was a reason why some members of FCI shied away from entering into this rather complex and exotic synthetic structure.

I read an interesting article this weekend by Michiel Steeman, Supply Chain Finance lecturer with Windesheim University and Director of the Supply Chain Finance Community (and also a past member of the FCI Executive Committee), about the fact that the Greensill implosion had nothing to do with factoring, reverse or otherwise. It states:

“Since 2015 Greensill started to deviate from traditional short term reverse factoring or payable financing for large creditworthy buyers. It was not growing fast enough. The rewards were not strong enough. The profits were not there. So it entered the arena of structured finance. Long term structure finance. With insurance wrapping and thus structure risk. For clients with higher credit risk such as Gupta or Norwegian Air. It became about power plants, airplanes, electrics cars, and so on, supported by lesser-known insurance companies such as IAL. Risk taking is of course very lucrative as long as the structures hold, and the market does not turn against you. But it was not meant to be. It is very unfortunate though that GAM and Credit Suisse allowed Greensill to mix such structured assets with traditional supply chain finance in their funds. That should not have happened. Consequentially, clients such as the UK government’s National Health Service came under stress. Let’s be clear, traditional supply chain finance or reverse factoring is nothing more than short term funding of supplier’s invoices that have been confirmed by large creditworthy buyers. Not sexy. Not complicated. Not risky.”

As you know, FCI is a part of the Global Supply Chain Finance Forum (GSCFF), established in January 2014 as an industry initiative to address what has been recognised as a need to develop, publish, and champion a set of commonly agreed standard market definitions for SCF techniques. Its members include ICC, BAFT, ITFA, FCI and the European Banking Association (EBA). Together we crafted a response to this crisis via a press release last week in order to defend our industry, which states:

“Supply chain finance (SCF) plays an important role in providing liquidity in support of international trade. Particularly under the stress of COVID-19, supply chain finance has proven to be a critical and sustainable form of financing trade and helping corporates to maintain their supply chains. There are many important providers, both banks and non-banks including new entrants who find this market attractive. However, the vast majority of funding is provided by banks and the market remains resilient ensuring deep and continuing liquidity. Over the past five years, GSCFF and its sponsoring organizations have provided standard definitions for various SCF techniques, market practice guidance for receivables discounting and payables financing, and the Payables Finance Principles, which outlines core principles ensuring sound financing structures that meet well understood accounting and regulatory practices. The principles and market practices which the GSCFF recommend, and which run through the industry, ensure that this market will remain fundamentally sound. We trust that regulators and standards bodies will take note of the consistent behaviour of the instruments and structures that follow GSCFF market practices.”

The good news is that Greensill structure in terms of its total exposure is not deemed to be a systemic risk. And even though the company was doing some forms of traditional factoring as well, the vast majority of their business was under reverse factoring/payables finance programs. And if you concur with Michiel’s comments, then the matter really is outside of the SCF structure itself. However, the failure of this model could cause a knee jerk reaction over time against SCF, as we are already beginning to see. And the likes of such important voices as Moody’s, which continue its criticism of reverse factoring, ever since the bankruptcies of such cases as Abengoa in Spain and Carillion in the UK is also quite concerning.

The issue of credit insurance termination is an interesting one. The likelihood of re-opening the discussion at the PRA about whether credit insurance can be classified as CRR-compliant form of guarantee is a question mark but unlikely, mainly because every guarantor generally has the “right to rescind” or otherwise terminate their guarantee and this is apparently exactly what Greensill’s credit insurer did when they submitted their notice of termination. This possibility or risk of termination is inherent in every contractual agreement, so it is not a particular unique feature to credit insurance.

This case encompasses numerous warning signs for our industry, but we must impress upon all parties that traditional and reverse factoring, when practiced properly, are safe methods by which to finance SMEs, the economic engines of growth in most of our economies. But it highlights as well some of the challenges that could impact a company engaged in Receivables Finance that does not control its risks, one of the hallmark teachings from the FCI Academy. And although the reputation risk of the Greensill case will be felt for some time, it will subside as all challenging moments do. In fact, it is imperative that we are all out there with our voices raised, defending our decades-long best practices and shine a spotlight on the phenomenal growth trajectory and historic and healthy success of our industry globally!